Rebirth of an icon

Rebirth of an icon 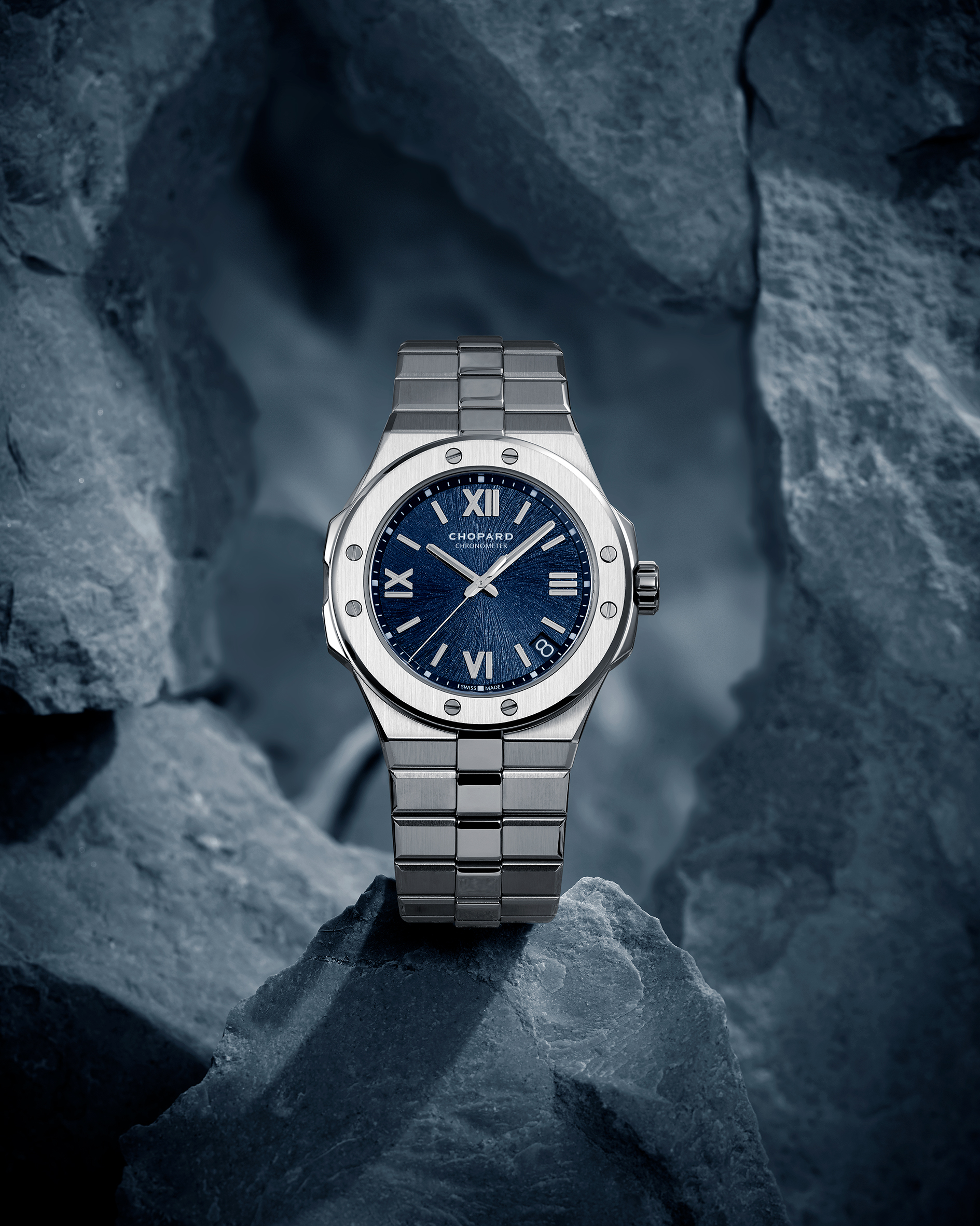 While vision is essential to running a family Maison, it is perseverance and determination that lead to success. Such was the path taken by Karl-Friedrich Scheufele in 1980, when he presented his very first watchmaking project. As a youthful 22-year-old employee in the family Manufacture at the time, he submitted an idea to his father for a watch to be named St. Moritz. A project with a resolutely coming of age dimension, within which a young man asserts himself, spreads his wings and takes flight. 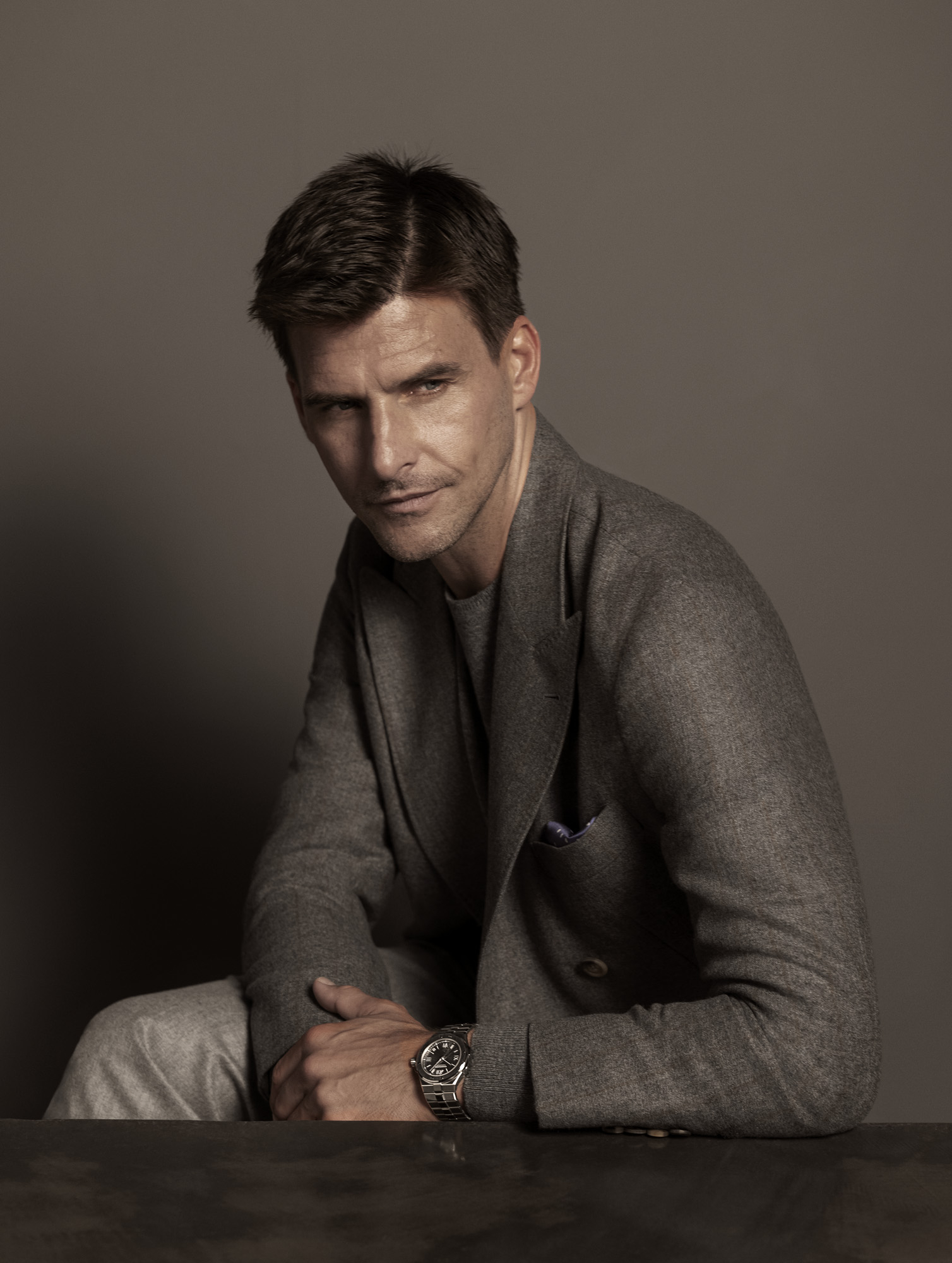 With Alpine Eagle, history is repeating itself, since it was at the insistence of his son Karl-Fritz, secretly supported by his grandfather Karl, that Karl-Friedrich Scheufele looked into the updating of the St. Moritz. At first reluctant, he was won over by his son’s strength of conviction, just as he himself had been able to win his father’s support 40 years ago. 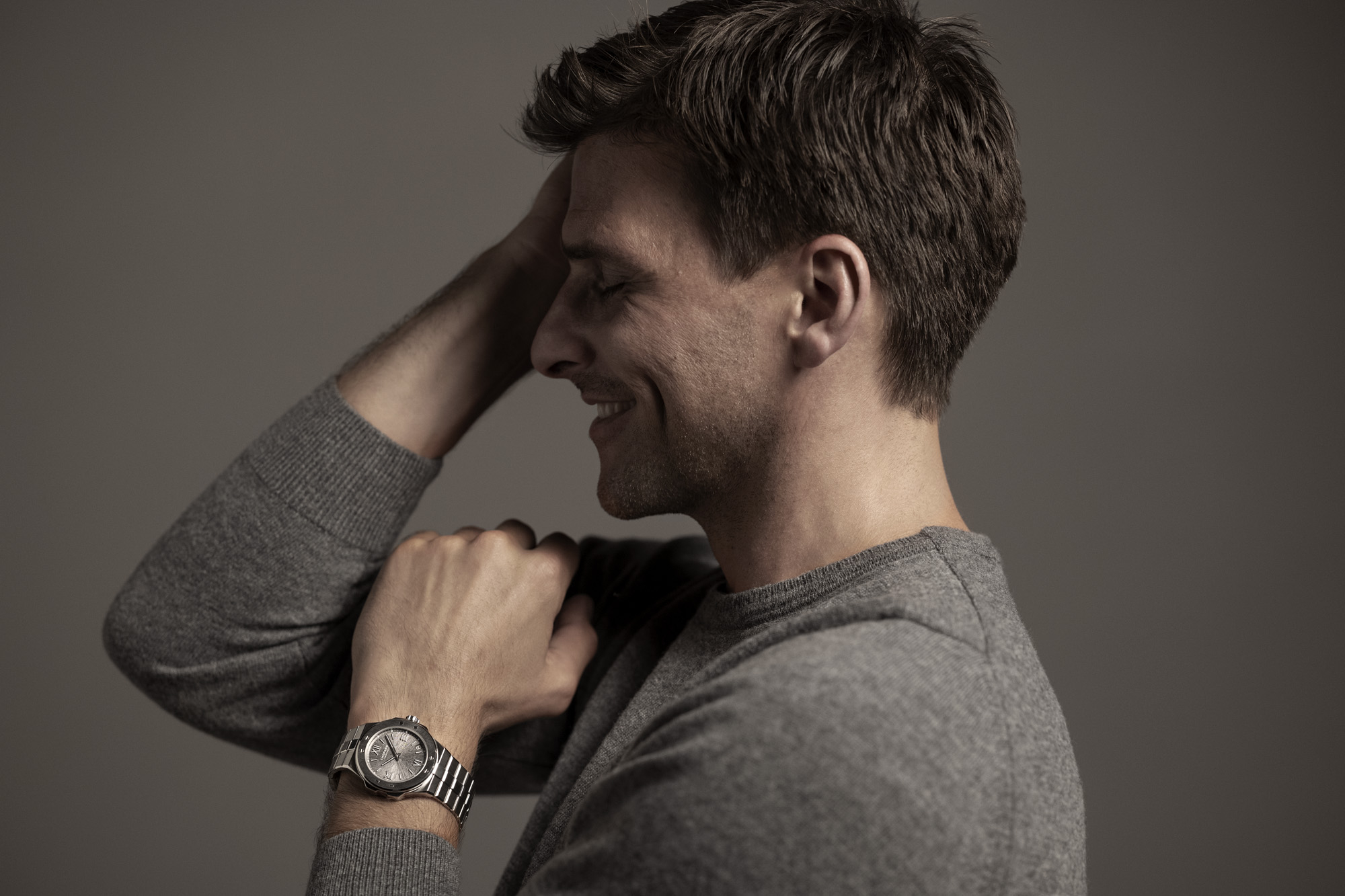 Drawing on his creative strength and his passion for the Alps, but also on Louis Sullivan’s principles of harmony which dictate that “form follows function”, Karl-Friedrich Scheufele has created a new collection: Alpine Eagle. Belonging to the select circle of watches with an integrated case and bracelet, this timepiece presents a design that is both refined and contemporary, featuring a wealth of references to the Alpine eagle and its biotope. Its rock-like textured dial evoke an eagle’s iris, its hands call to mind the raptor’s feathers and the cold glinting steel is reminiscent of glaciers.

The gently tapered Alpine Eagle bracelet comprises a single ingot-shaped link, topped by a raised central cap. The case is distinguished by a protrusion protecting the crown engraved with a compass rose, an instrument that has helped adventurers find their way since ancient times. Today, it becomes the emblem of contemporary eagles capable of choosing the right direction in the pursuit of their destiny.

Alpine Eagle’s round bezel is punctuated by eight screws, grouped in pairs at the four cardinal points. Their slots are set at a tangent to the circle of the bezel, a sign of high-quality finishing and sophisticated aesthetic purpose. These screws also serve a technical function by guaranteeing the water resistance of the watch to 100 metres. All Alpine Eagle’s flat surfaces are satinbrushed, a finish carefully crafted to create light effects further enhanced by polished chamfers. The hours and minutes hands, like the hour-markers, are coated with Super-LumiNova® Grade X1 to enhance nocturnal legibility. Like the snow, torrents and rock of the Alps that inspired Karl-Friedrich Scheufele and change their appearance according to the light conditions, Alpine Eagle constantly alternates between polished and matt finishes. Issued from the time of its launch in ten references in steel, gold, bi-material or diamond-set gold, Alpine Eagle is a particularly rich collection, available in unisex models in two different 41 mm and 36 mm diameters.

LUCENT STEEL A223: AN ALCHEMIST’S QUEST

To bring the Alpine Eagle purpose to life, Chopard has created a new material that is as rich, precious and complex as gold, transforming the dream of Renaissance alchemists into glowing reality. Lucent Steel A223 is a steel resulting from a re-smelting process featuring three unique characteristics. On the one hand, thanks to its hypoallergenic composition, Lucent Steel A223 has properties comparable to surgical steel, making it highly dermo-compatible.

On the other hand, this alloy with its 223 Vickers’ strength is 50% more resistant to abrasion than conventional steels and has a unique hardness. Finally, with its superior homogeneous crystal structure, its purity enables it to reflect light in a unique way. Like diamond, whose brilliance depends on the lowest degree of impurities, this innovative steel has far less impurities than conventional steel, guaranteeing it brilliance and brightness comparable to that of gold.

The industrialisation of this new alloy, which required no less than four years of research and development to produce, was a real challenge to manufacture to extremely strict specifications, significantly increasing its manufacturing time as well as wear and tear on machining tools. Lucent Steel A223 is now a rare and extraordinarily precious metal, stemming from a very complex development and manufacturing process. 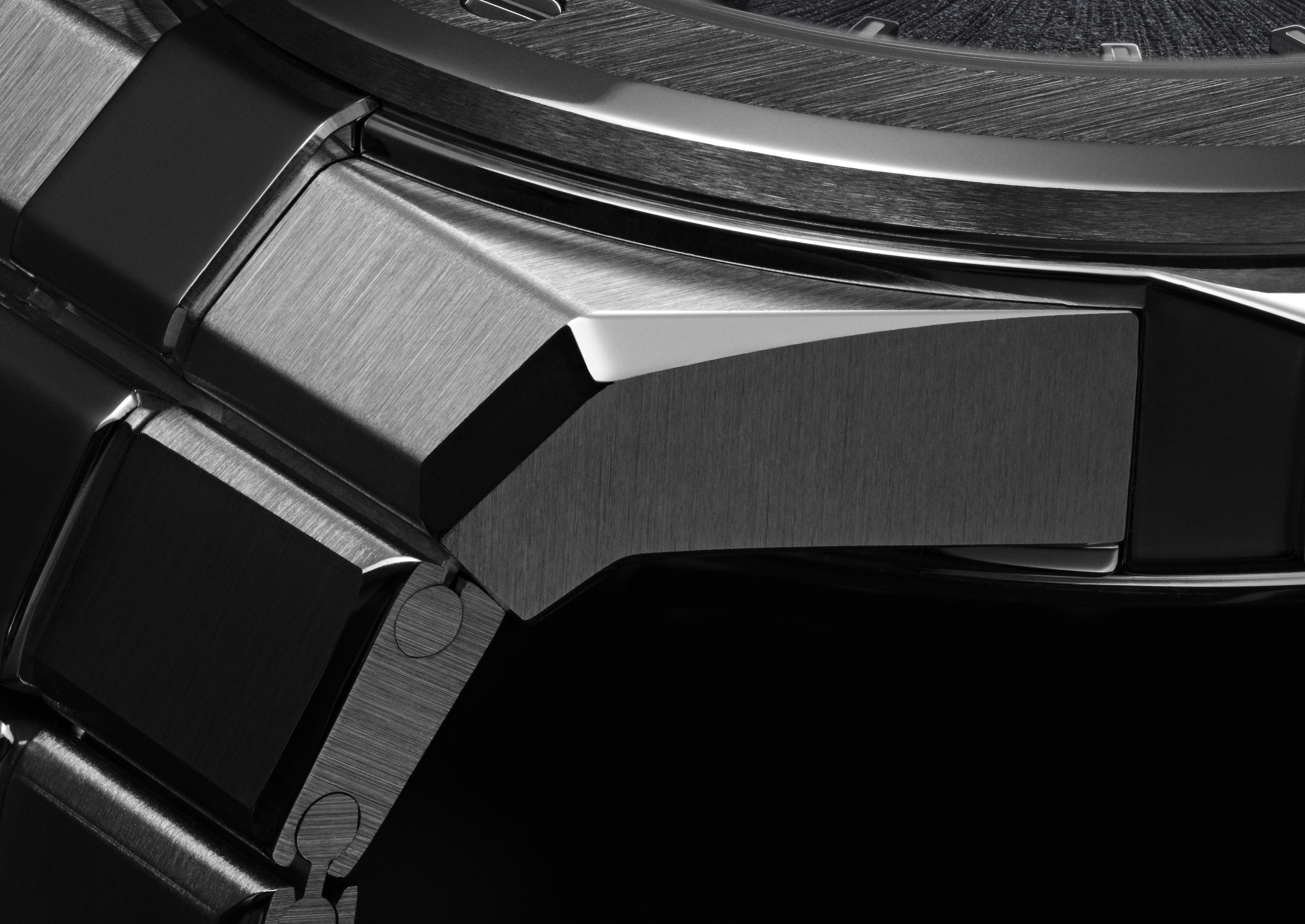 True to Karl-Friedrich Scheufele’s deep commitment to fine watchmaking, the two movements with automatic winding embedded in the heart of Alpine Eagle watches have been developed in Chopard’s watchmaking workshops and chronometer-certified by the Swiss Official Chronometer Control – a rare event for watches in this category.

Thanks to its vertically integrated production process, Chopard has produced and assembled all Alpine Eagle components inhouse, from all the components of its movements to the making of its case and bracelet, whether in steel and/or gold. 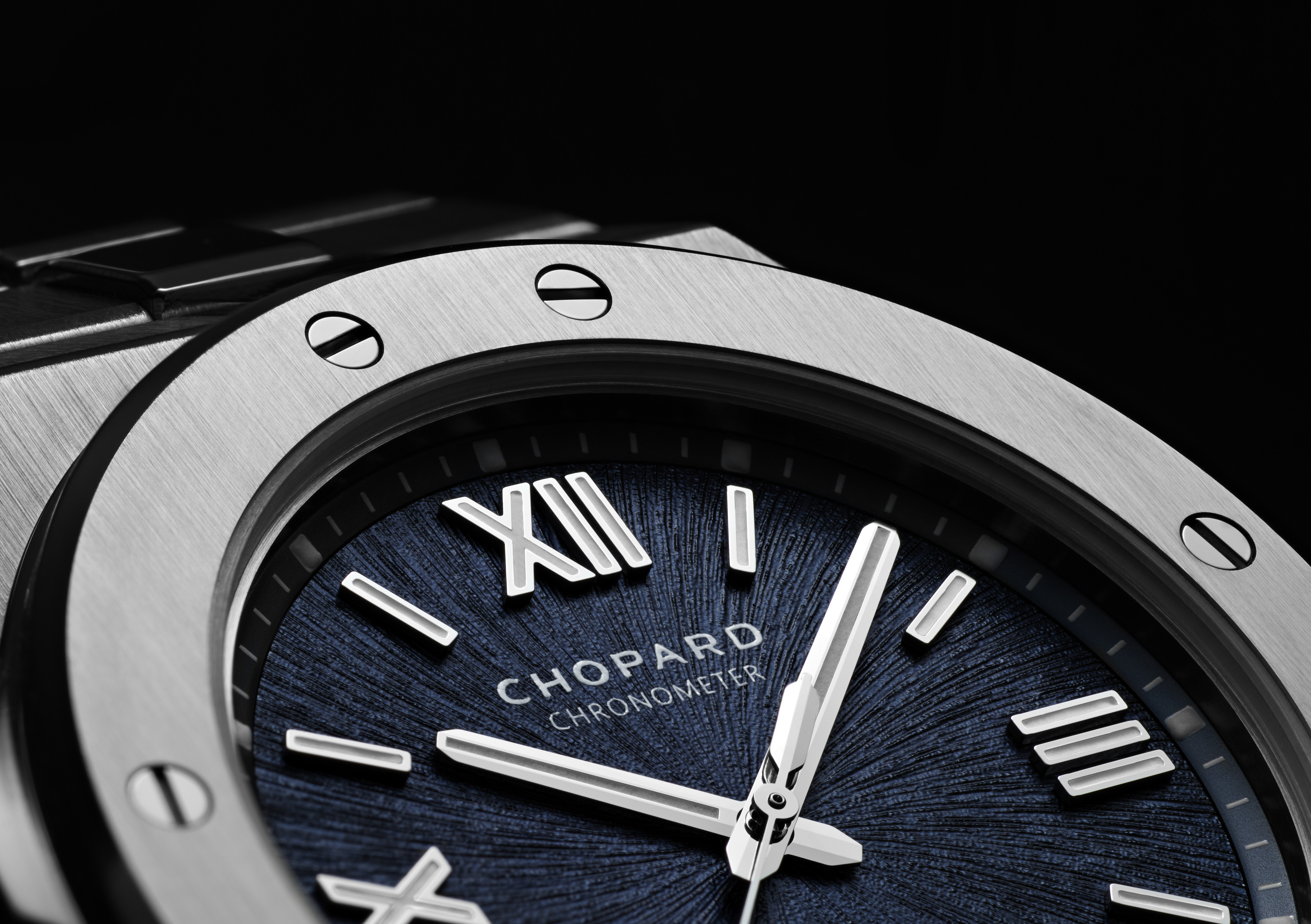 Karl-Friedrich Scheufele is a hiking and skiing enthusiast who finds inspiration and serenity in the high altitudes of Switzerland, which open his eyes, clear his mind and initiate action. Sensitive to Prince Sadruddin Aga Khan’s initiative, Karl-Friedrich Scheufele joined the Alp Action programme in the 2000s. Today, in unveiling his new Alpine Eagle collection, whose design bears the imprint of nature’s influence, he sought to associate this collection with a new sustainable approach. 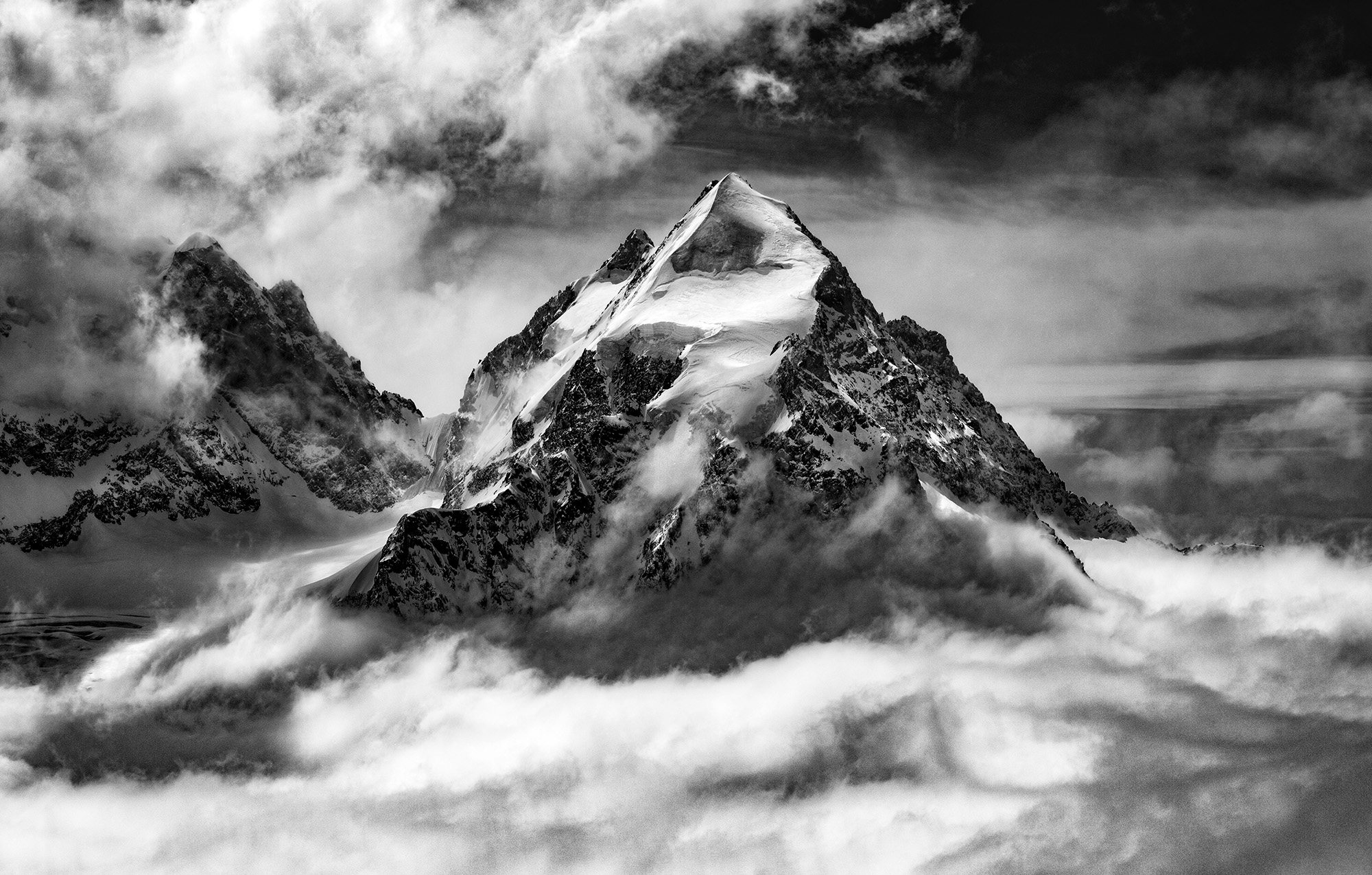 The co-president of Chopard has thus become founding member of the newly formed Eagle Wings Foundation. This innovative and multidisciplinary environmental project – designed to raise awareness and galvanise the public with respect to the importance, beauty and fragility of Alpine biotopes – will offer a new vision of the Alps through the eyes of human beings, satellites as well as the eagle – the latter being especially renowned for its piercing gaze.

The first project in this organisation will be launched in September 2019 with the Alpine Eagle Race, during which participants will be able to observe images taken by a camera on an eagle launched from five mythical Alpine peaks spread over five countries: Zugspitze in Germany, Dachstein in Austria, Marmolada in Italy, Aiguille du Midi in France and Piz Corvatsch in Switzerland. The race will end in St. Moritz, in tribute to the creation that inspired Alpine Eagle. 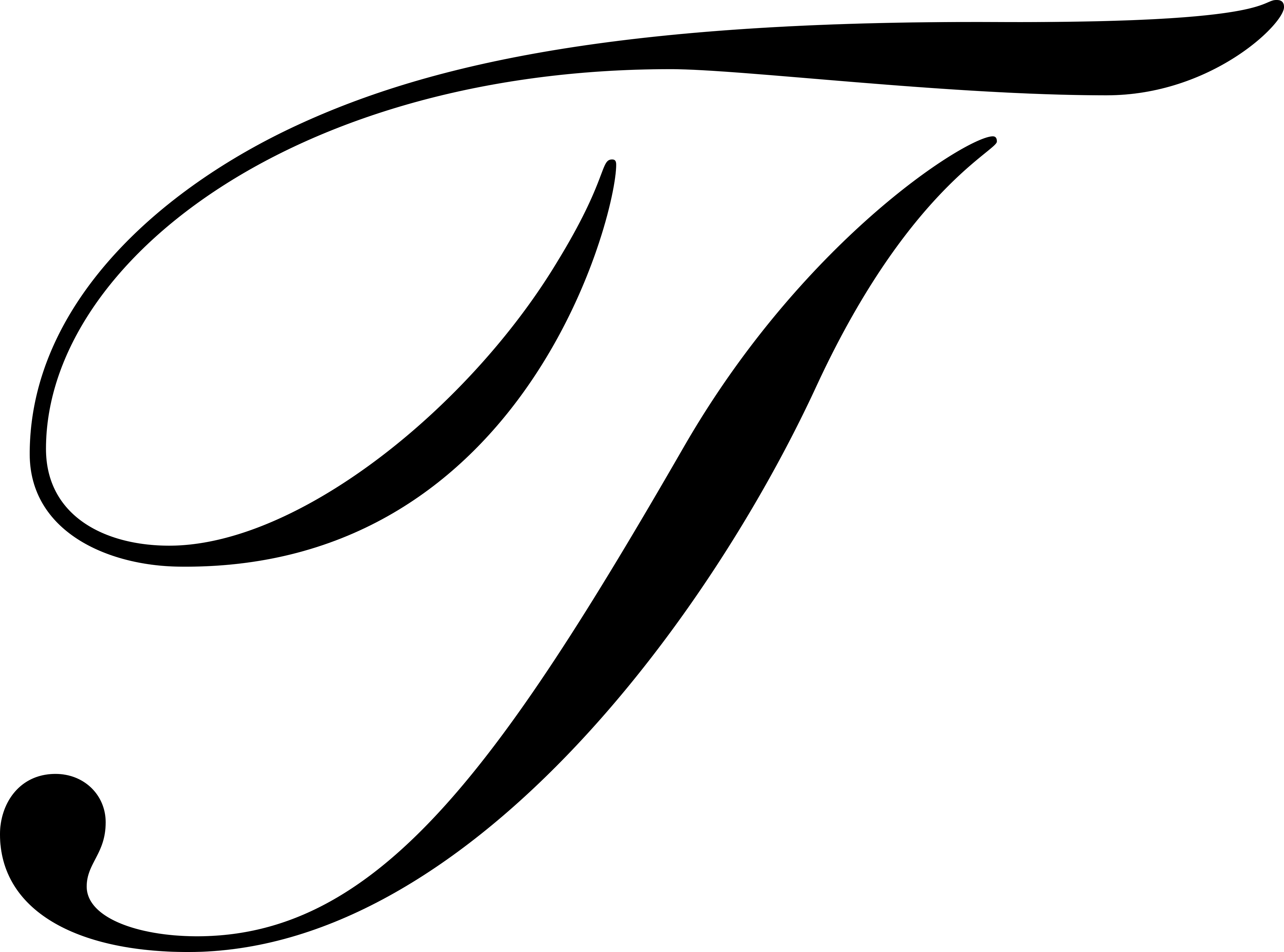